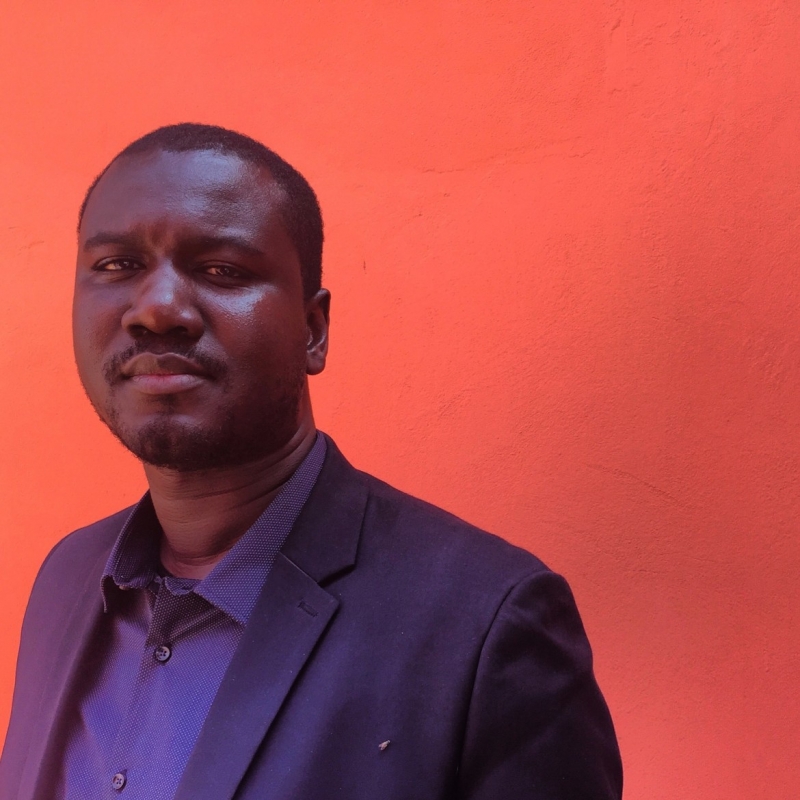 Applied physics and systems engineer Dr Mandiaye Ndao is the founder and CEO of NexialiX, an innovation and tech consulting company based in Dakar.

He is also the co-founder of Soft’Awareness Academy, an educational programme that teaches leadership, digital literacy and technology skills to young people in Africa.

He worked as a former senior consultant at innovation firm Altran in Frankfurt where he attained 15 international patents before heading back to Senegal to make a splash in Dakar’s tech scene.


You started your career in Europe but then returned to Senegal. What motivated you to repatriate?

The thing I’ve always wanted to do was to create – to innovate or add value to things. So after having done my initial studies in Africa, I worked and studied in France for 15 years. During that time I played an interesting role in helping to solve technological challenges for large global companies.

I could see the technological expertise I offered in Europe had significant value, but realised that the impact such work could have back home would be far greater. This was my motivation: giving more meaning to my actions and contributing to solutions for Africa.

This year you are a technical validator for the Innovation Prize for Africa being held in Botswana. What is the importance to you of participating in this event?

It is truly an honour to have been asked to be a technical validator in this year’s Innovation Prize for Africa. It is important to me that I participate because the IPA fosters an innovative environment here. The IPA acts as a role model to others and shows that anything we see elsewhere can be created here in Africa.

The competitive environment fosters effervescence around this creativity, having a lot of people coming together with new ideas. At the end of the day, even though there are 1,000 entrees and only one winner, it will be the start of many stories that will someday end up somewhere.

"We have a role in the globalisation of technology"

Beyond this, often when we talk about innovation in Africa, we look at social entrepreneurship. So I wanted to push the technology base to the forefront. It is important to know that we have a role in the globalisation of technology. This continent is able to create new, technology-intensive solutions, at the local scale for sure but at the global scale as well.

There is a lot of hype about ‘innovation’ these days. What does innovation mean to you in the context of Dakar’s energetic and competitive entrepreneurial scene?

The role of a real innovator should be something close to an architect. That is, taking a lot of pieces and putting them together to come up with a unique precise solution and it should do so elegantly. The ecosystem is full of entities and programmes but we need the architects now.

You have an entrepreneurial drive, but also deeply invested in forward-thinking educational initiatives – such as Soft’Awareness Academy, Université des Savoir-Faire [Know-How University]. Your investment in education goes beyond an altruistic effort to give back. What is the real potential you see in investing in Dakar’s youth?

"If we want to create impactful solutions, we need to focus on hardware as well"

On the consulting side I help companies solve sophisticated problems. My goal is to build a lively tech scene here, but when I look around, I don’t see people ready-tailored for these positions. The only way to achieve my goal is to prepare people now who I want to see in my dream company of tomorrow.

Dakar is a rapidly growing and changing city with plans set in motion for technological advancement. An inventor with 15 international patents to your name, this is your area of expertise. What is your vision for Dakar’s future?

I think further than Dakar, Senegal or even Africa. Here, when we talk about technology today, often it is reduced to discussions on informatics, computer software and web platforms. More and more if we want to create impactful solutions, we need to focus on hardware as well. Things like mechanics, mechatronics and complex systems.

We need to have complete solutions to truly impact agriculture, improve efficiencies in infrastructure, healthcare and so on. We can do this by using new approaches, which are accessible today, through virtual and rapid prototyping. These tools allow for testing complex and sophisticated inventions but aren’t excessively costly compared to older techniques for testing models and prototypes.

In 20 years, do you see Africa as a global leader in a particular sector of tech? What is that sector and why?

It will not be specifically in a sector but rather at a specific part of the value chain. Up until recently, Africans were not positioning themselves as designers or people able to create new concepts and new solutions and so on. This is where I see the big opportunity. We have the bright minds.
For sure, infrastructure and hard technology aren’t ready here but what is clear is that we have the bright minds that are able to conceive and design new solutions to implement here. The world needs new ideas to solve some of the pressing issues we face today.

Who are your inspirations?
My parents!